The main thing I'm working on right now is writing my first script. I had got it half written before the first lockdown started but as I slowly lost everything through the pandemic, work on it ground to a halt. But now I'm back on it!
This is by far the largest and certainly most complex performances I will have created so far, as I plan to not only write the script but also direct it, and make all the props and costumes myself as individual artworks in there own right as the audience coming into the stage area to view them closer will be part of the piece. The only thing I'm not planning on doing for this piece is performing in it myself, though that may change!

Here's a quick synopsis, that will grow as I keep working on it all...
TIME is a multimedia performance telling the story of a fat, old, bald mermaid. It is the record of her life told from the point of view of after her own death. A story not of ageing, but the continuation of time passing. She tells of her whole life but it's based over the course of just one day, starting after her death going back to her birth. Ending with her obituary, which is combined with an account revealing how the show was made.
The mermaid is a quiet, slowly but clearly spoken character who lived alone in a big old house (no where near water) that was wallpapered in mould and mildew. She was a chain smoker, sitting in her chair that rocks sideways, flicking her tail up at random intervals like it's a nervous twitch and letting it slap down hard. She tells of the memories she has. Of things that happened, of things she went out of her way to do, and others she had no control over. Of how sometimes bad things turn out good and vice versa, but all the while time passes. 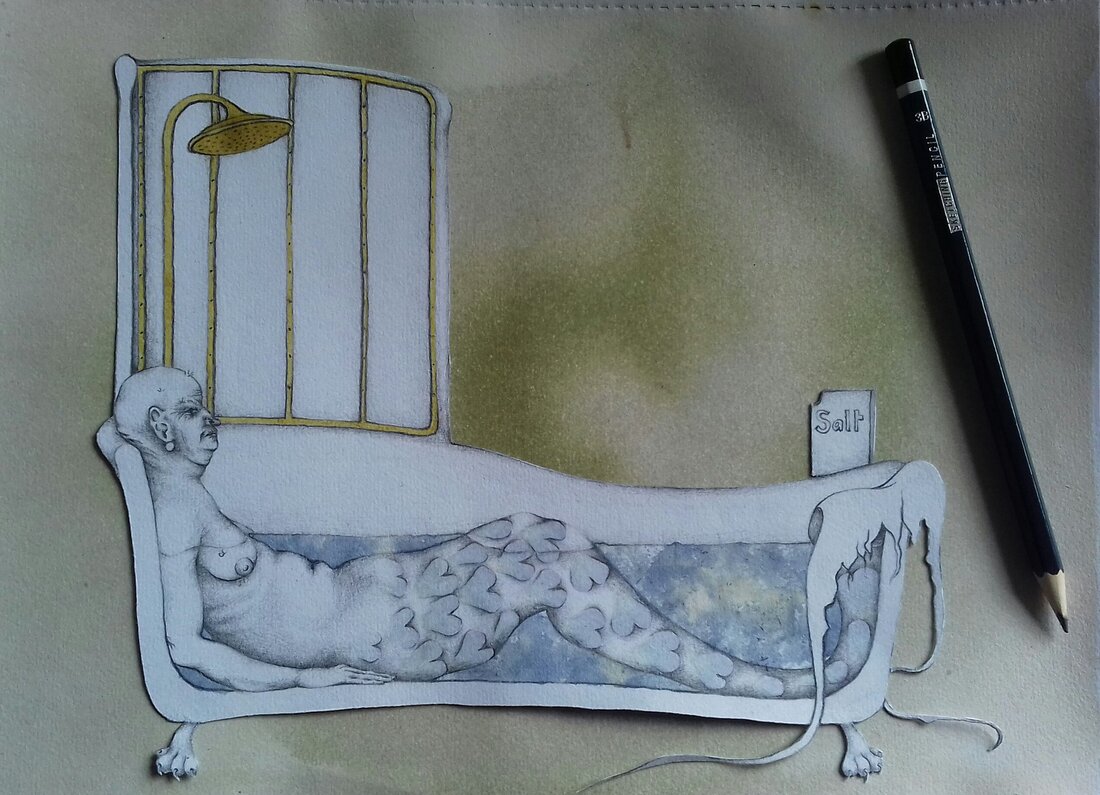 Meet Cliff, the ninja lizard that runs a haberdashery.
He's the main character in a short story I'm writing and illustrating that will be a picture book for adults.
I can't tell you much more about it yet as I don't want to give too much away. But I will say he meets a down on his luck cricket one day, called Albert,  who looks slightly like a fish. 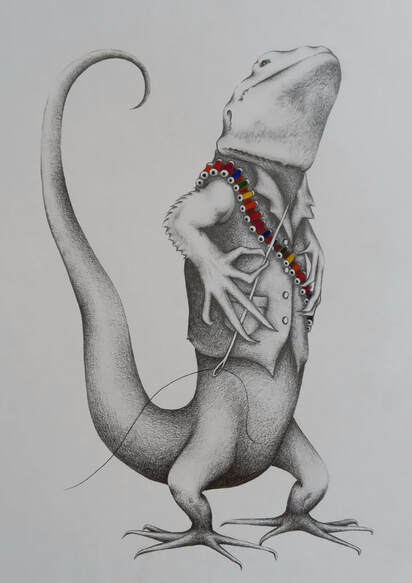 My fascination with mushrooms continues. So I'm working on a series of pencil drawings incorporating some of my natural living inks I made during the lockdowns. 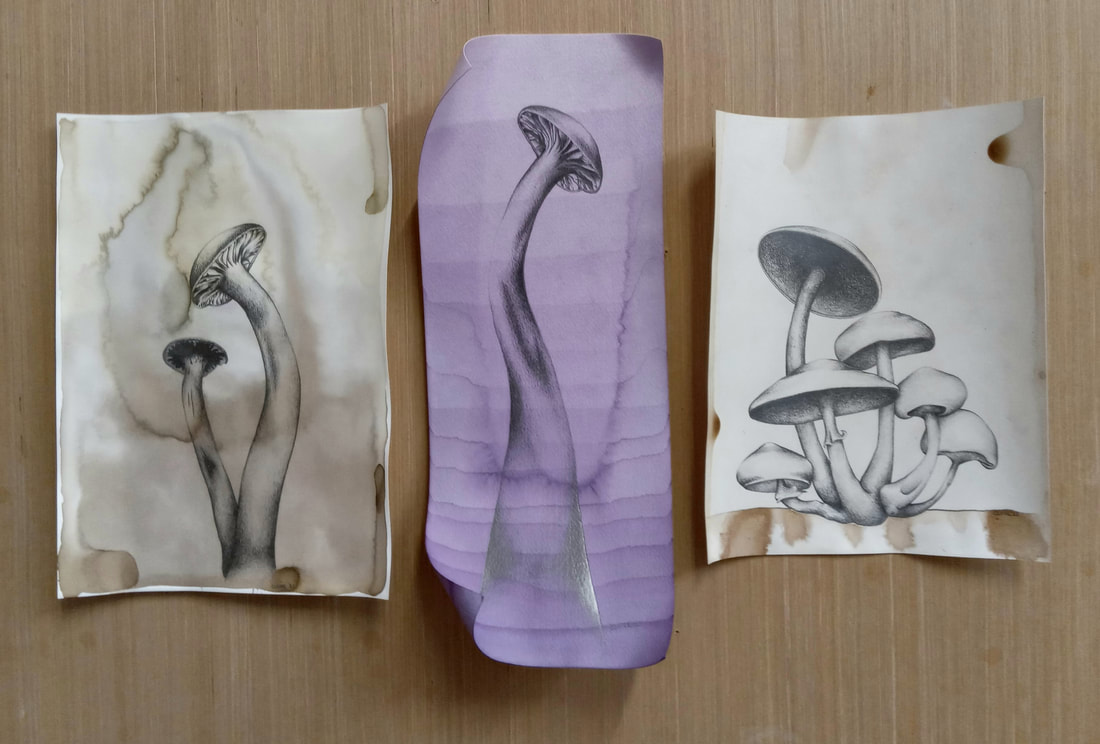 Continuing to develop my writing skills I've realised I very much write for performance. So you won't ever see a written piece here, to read, as they are written to be heard. Though I am considering developing some into 'performance to camera' with my spoken word pieces. So watch this space... 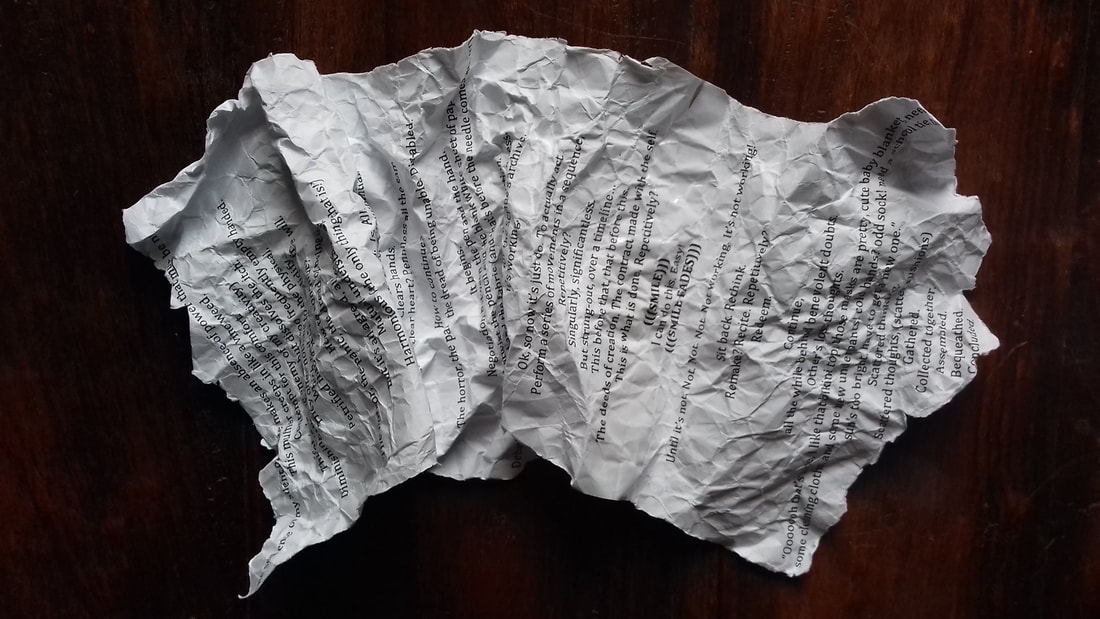 I've been wanting to work more with textiles for quite sometime now. And have been making the odd costume here and there. But as I've just recently moved house and now have the space to have both sewing machines, the overlocker, and the knitting machine set up (and more!) maybe now's the time. 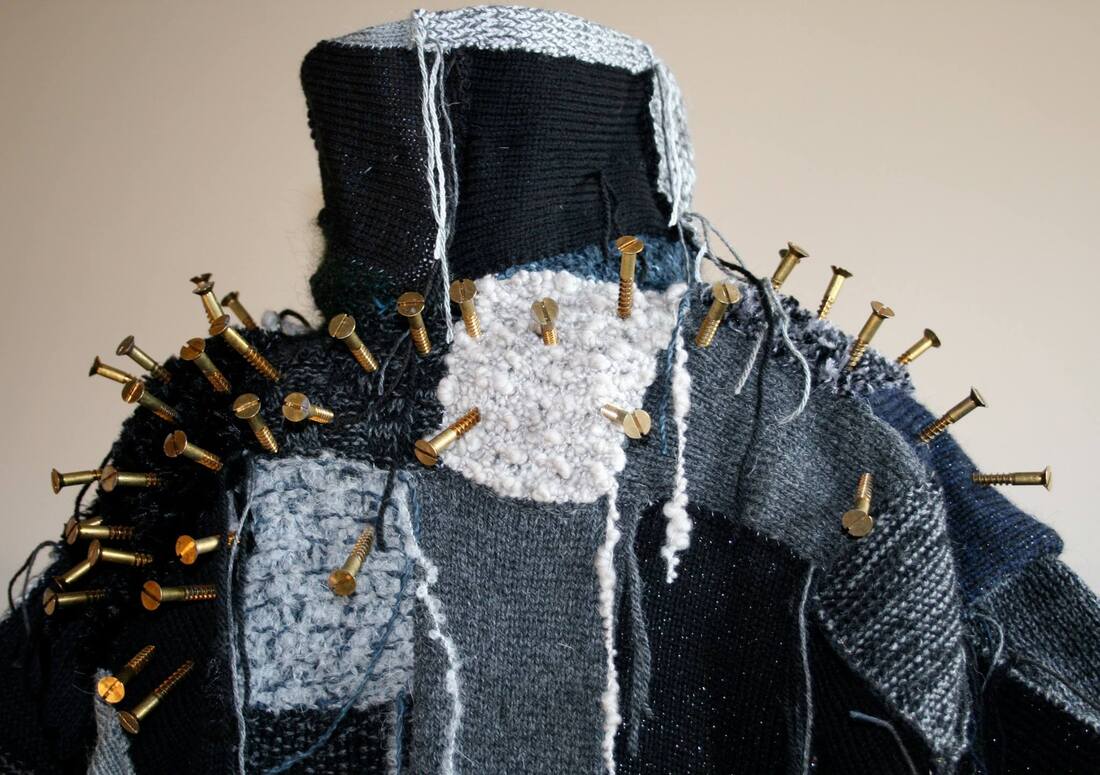